Words Not to be Used Even In Bad Company 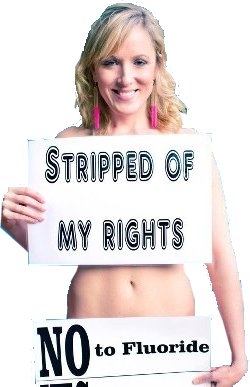 It depended on which ‘informed source’ you were listening too, really.  And it also depended on their agenda.  And everybody has one of them, to be sure.

[pullquote align=”left”]Fascism, is it? I would have thought that it was far from Fascism they were reared but who am I to question the wisdom of Trade Union leaders? [/pullquote] At the Anti-Austerity march in Dublin on Saturday November 24th there were 10,000 people.  Or it might have been 15,000; it might even have been 20,000.  That last one would have been good. I like to see people telling our politicians what they think of them.  Not that those politicians will do anything except sneer, of course; but that’s because we have allowed them to become so far removed from us by dint of their ludicrous wages, expenses, pensions and general immunity from prosecution.  Even if you’ve openly boasted on national radio that you threatened a fella with a hit man, it’s no barrier to you still sitting there in the Dail. Isn’t that right, left wing tax dodger Mick Wallace?

Still, for all the waste of time it might be, it’s nice to see people making their feelings known.

There were a wide range of disgruntled folk there, apart from the anti-austerity crowd (which should be all of us, of course. Except politicians and bankers, naturally).  There were protesters against the household tax and septic tank charges; People against Profit were there and so were Shell to Sea, the Socialist Party and the United Left Alliance.  All of those titles that make you yawn a lot and have sort of sounded the same since God was a boy.  And all arranged and the march organised by the Dublin Council of Trade Unions.  Which, if you’ve ever been a member of a Trade Union kind of makes the heart sink.  Also, when you hear that the word ‘comrade’ was bandied about once or twice, the old stomach gives a bit of a lurch.

Now ‘comrade’ is a term that makes people of my age want to shrivel into a corner and not be bothered for the rest of the evening.  It sort of takes you back to when you were 15 years old and thought you were just the business for carrying around a battered copy of The Communist Manifesto and chatting up the intense girl who sold copies of Pravda at the corner of the High Street. The term ‘comrade’ reminds you of how lucky you were not to be beaten up on a daily basis, just on general principles.  So lads and lassies, to sum up:  the word ‘comrade’ should not be used in polite or even scurrilous company.  Never, never, never.

The Hallmarks of Fascism!

Not everybody seems to have been pleased with the Unions, mind you. Eugene McGlone, the High Priest—sorry, President—of the Irish Congress of Trade Unions found himself booed and heckled when he attempted to tell the protesters how to organise a strike.

You had to feel for him, really.  There he was, telling people to put themselves out of work for Christmas and not telling them how his nice wage packet wouldn’t be affected at all by this decision…and the ungrateful wretches boo him!

SIPTU President Jack O’Connor leapt to the poor beleaguered man’s defence by saying that the behaviour certain members of the Great Unwashed were exhibiting “bears all the hallmarks of fascism.”

Fascism, is it?  I would have thought that it was far from Fascism they were reared but who am I to question the wisdom of Trade Union leaders?  Indeed, who are their members to question it?  Who do they think they are?

The crowd were asked to give him a chance:  “Eugene has travelled from Belfast to make a four-minute speech.  You mightn’t agree with him, you might think he’s off the wall, but please listen to him.”

You might think he’s off the wall.  I like that. And all the way from Belfast, by God. I wonder what his expenses were like. Ach hush! What am I saying?  The poor man is a Trade Unionist, not a politician and we all know the big difference there is there.

Michael O’Reilly of the Dublin Council of Trade Unions got a bit of a bollocking as well, with one wag shouting:  “How much are you getting paid?”

Good heavens, are people beginning to get sick of highly paid speakers talking down to them?  Well, I never!

I have to say that I rather approved of the non-union, non-Party group who decided to give the bores who were lecturing a miss and trooped off to have a gawp at the attractive blonde ‘Girl Against Fluoride’ who was having a separate bit of a protest in her underwear to show how annoyed she was at the cost of the chemicals that were being put into the water supply.  Or something.

There was, however, one statement that I could agree with wholeheartedly; and that was from Socialist councillor Ruth Coppinger:

”We have more in common with the Greek workers, the Spanish, the Italians than we have with the people in Leinster House.”

It’s hard to argue with that.

Aisling Fitzgibbon – a.k.a. Girl Against Fluoride