The Sinister Silencing of the Irish Media 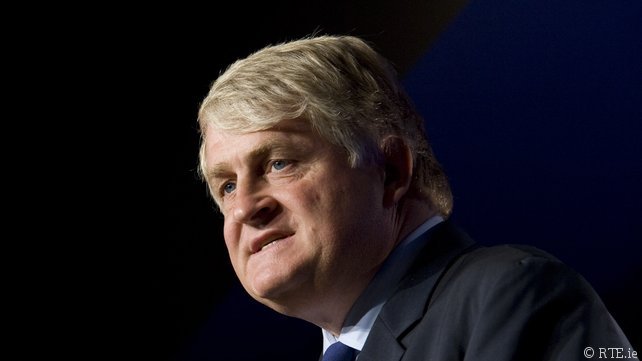 The Sinister Silencing of the Irish Media

Come to think of it, looking at the jib on him, he reminds me of a bully from my schooldays:  big, chunky and nothing much to look at, but good at blustering through a situation and with a firm conviction that no one he encountered ever really mattered a damn.

I’ll get back to Denis O’Brien in a minute, though.

Firstly, commiserations to my neighbours in Oranmore and Athenry who were under the false impression that by supporting James Charity last year they were supporting an Independent.  As it turned out, they were in fact helping out Creepy Creighton and that famous snake oil salesman ‘Honest Eddie’ Hobbs.  Yep, Mr. Charity took your help and used it to join Renua, the party with the leader who doesn’t have an issue with your wages being interfered with at source.

Maybe you don’t have a problem with this.  In that case, I’m happy for you.  Me, I’d be asking how much I could in the future trust a man who promises one thing and then does another.  It sounds like the kind of guy who will get on just fine with Creepy and ‘Honest’ (“I’ve got a used car here”) Eddie.

More importantly is the drama unfolding around us that we’re not allowed to talk about in a free society.  Yeah, it’s Big Denis; and the fact that Denis doesn’t want anyone talking about him has people outside of Ireland very curious.  Last night (May 30th) Cliff Carlson, editor and publisher of Irish American News in Chicago, asked me to put together something fast and he then put this out.

I’m the one who sent it in although I can’t take the credit for much of the content.  It’s self explanatory and probably worth reading before it disappears into the files of Denis’s team of highly-paid solicitors:

The Silencing of the Irish Media

As anyone following the news in Ireland for the last couple of days will know by now, any commentary on businessman Denis O’Brien is being removed as soon as it’s posted.  Frustrated with this, I have quickly lifted this piece from the net (29th May) as I think it covers everything to date. It will have been removed by now so I appreciate Editor Cliff Carlson for printing this on your side of the pond.  Baffling how O’Brien’s injunction against one specific entity seems to have spread to everyone.  I salute your First Amendment!

This is a cautionary tale of how unhealthy it is to have one man with too much media power.

I must emphasise that I am not the person who wrote this but if he/she makes themselves known I’ll gladly credit them.

Well done to Catherine Murphy TD (we could do with another dozen of this fearless and tenacious woman) and whoever the writer is.  And I apologise for the rush job:

I’m asking everyone in Ireland to repost this article which was printed by Broadsheet last night. All of the Irish media have failed to report on Catherine Murphy’s revelations about the dealing of Dennis O’Brien. He has gagged Irish media and RTE with his threats of court action. So it’s up to those of us with nothing to lose but more of an interest to print, copy tweet and post wherever we can! Please repost!

The claims emerged as Ms Murphy introduced a bill to permit the Comptroller and Auditor General to investigate the Siteserv sale and other IBRC transactions.

“With this Bill, I’m attempting to address that problem by broadening the remit of the C & AG. The reason I’m anticipating the need to involve the C & AG, if not a full Commission of Investigation, which may well be a better option, is because I believe the Government have got this badly wrong, not least because most of the key players in the Siteserv saga have links with KPMG and its eventual purchaser and vice versa, is a web of connections and conflicts, that requires outside eyes to unravel.
I have no doubt that the special liquidator [Kieran Wallace] is more than capable of doing such a review but his direct involvement in the sale process, and his relationship with the eventual purchaser of Siteserv, and his current actions in the High Court, in supporting Mr O’Brien versus RTE, place him in a position where there is, at the very least, a perceived conflict of interest, if not an actual conflict of interest.

“The review is not confined to Siteserv but it is the transaction that prompted a review. I would worry about the transactions that have been excluded from the review, given that what we now know, that in the final months before prom night, the relationship between the department and IBRC had completely broken down.

“If deals were being done without the knowledge or input of the minister then we need to know what they were. We are now aware for example that the former CEO of IBRC made verbal agreements with Denis O’Brien to allow him to extend the terms of his already  expired           loans.

“We also know that the verbal agreement was never escalated to the credit committee for approval. I’m led to believe, and I would welcome the minister clarifying, the rates applicable at this time, that the extension also attracted some extremely favourable interest terms.

“I understand that Mr O’Brien was enjoying a rate of around 1.25%, when IBRC, and arguably, when IBRC could, and arguably should have been charging 7.5%. We are talking about outstanding sums here that are upwards of €500million. The interest rate applied is not an insignificant issue for the public interest.

“We also know that Denis O’Brien felt confident enough, in his dealings with IBRC that he could write to Kieran Wallace, as the special liquidator and demand that the same favourable terms extended to him by way of a verbal agreement could be continued.

“ We now have Kieran Wallace, who’s been appointed by the Government to conduct a review into the IBRC review, actually joining with IBRC and Denis O’Brien in the High Court and seeking to injunct the information I’ve outlined from coming into the public domain – surely that alone represents a conflict.

“In FOI documents released to me, the minister, his officials and the Central Bank and even the Troika acknowledge that IBRC, the former Anglo Irish Bank, is no ordinary bank and there’s a significant public interest because the bank had been fully nationalised and was in         wind-down     mode.

“They all accept that this is the people’s money that we’re dealing with and that there can be no dispute regarding the public interest in this. The same FOI materials detail incidences where the minister can specifically intervene, and issue a ministerial order that material matters have significant interest. Included in these material matters are incidences that are outside the ordinary course of business.

“I would argue that what I’ve outlined out here regarding verbal deals, extensions, etc, are outside the normal course of business and I would ask the minister to exercise his right to intervene in the current proceedings and defend the public interest.

“It’s not just an Opposition issue, minister. This is an issue for all in this house. It’s an issue of serious public concern where there is public money involved and I know, if you got your hands on maybe and extra €20million, I don’t think you’d have to think too hard on how to spend that money. I urge the Government to reconsider this and give the Bill and the motion the time they deserve. I believe this is in the public interest. Thank you.”

Scary update: Solicitors acting for Denis O’Brien have asked us to remove this post asserting that it is a breach of a High Court Order [O’Brien Vs RTÉ]. They gave a 7pm deadline or they would begin injunction proceedings. We have replied that article 15.12 of the constitution allows all Dáil statements “wherever published” to be privileged and we currently       await   their    response.
> Update: In response, Denis O’Brien’s legal representative said the High Court ruling “covers what could be reported about what was said in the Dáil by Catherine Murphy” and again put us ‘on notice’. Unfortunately the judge in the case never revealed the terms of the injunction. In a statement tonight Catherine Murphy said: “I am a public representative. Information came to me, from a number of reliable sources, that is, without doubt, in the public interest. I have a duty to put that information into the public domain and I fully intend to fulfill my democratic mandate.”