The Contemptible Wages of Greed 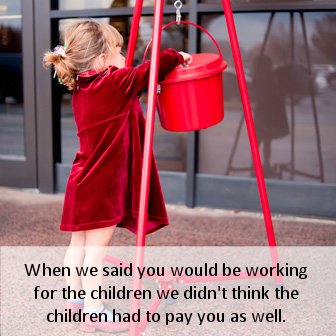 The Contemptible Wages of Greed

I couldn’t really have had worse timing than with last month’s article, could I?

There I was, happy out for a change, enthusing about my new job with Hand in Hand, the only charity in the West of Ireland to support the needs of families where a child has been diagnosed with cancer.  No sooner was the piece sent to Cliff at IAN than the really shocking news came out of how the funds of some major charities have been gouged into in order to ‘top-up’ the very healthy salaries of some already fat cat ‘health managers’ who should be hanging their heads in utter shame.

I had earlier questioned how it was possible for politicians to have been unaware of what was going on. I myself never believed that they were.  And since this has been going on for a long, long time it certainly covers Fianna Fail’s Michael Martin and his stint as Health Minister; but as more and more of the characters who were hauled before the Public Accounts Committee (I know, that title makes me laugh too) were seen to have very direct links with FF and –of course—Bertie Ahern, resentment just curdled on my part into pure bloody anger.  They should have been dead in the water after the last election but their sick, clammy zombie paws have somehow reached up from the grave to shame us once again.

As what we learned became rapidly more repellent, here (in part) is what I wrote on December 2nd for Hand in Hand:

These revelations have had a truly detrimental effect—and one which can only get worse—on those who are working hard in order to raise money for their various charities.  It’s an unfortunate fact of life that people will see all of us in the same light and all of us will be tarred with the same brush.

No one ever said that this world was fair, not without sniggering they didn’t; but it shouldn’t have to get harder either…

It’s only fair to see trained professionals being paid what they are worth; but no, as usual this had to be done in a totally and quite despicably underhanded way.  It’s once again the Mushroom Theory as regards the electorate:  ‘Keep them in the dark and feed them —‘. This is a family site so feel free to fill in the missing word yourselves…

Listening to the government spouting outrage on the top-ups… well, to say that I find this a bit disingenuous would be to put it mildly. They didn’t know it was going on? Really? And if they didn’t, don’t you think that they should have?

For years now—literally for years—we have allowed the Usual Suspects to stand up there with a straight face (but with fingers crossed behind their backs, no doubt) and waffle on about Openness and Transparency.

Seriously, Openness and Transparency.  They actually seem to think that we will listen with all due solemnity to this nonsense and then go away and think to ourselves that Well, this time they have learned their lesson.  This time they actually mean it.

Of course there are decent politicians out there—of course there are, and in fact this week has also shown that—but just as all charities are now finding themselves lumped together in one great big mass, so this has happened to our Beloved Elected Representatives as well, many of whom seem to have forgotten that they work for us. It’s not the other way around.  They work for us; when did we forget this?  And why did we let them forget it?

And so, many times in the past week when a politician has spoken of his ‘shock’ at the top- up figures coming out, I’ve heard the old joke:

How do you know when politicians are lying?  Answer: Their lips are moving.

Don’t shoot the messenger. I have no doubt that some (probably with a vested interest) will find my comments unhelpful; but I live in the real word, not in the Ivory Tower that many of them lay down their heads in.

I went on to state what I take home a week for working here.  I also, with her permission, relayed what Development Manager Jennifer Carpenter takes home.  I doubt that anyone will think that we’re overpaid, particularly—considering her work load– Jennifer.  Continuing, I wrote:

That is Openness and Transparency.  That is why we feel hurt, angry and betrayed by the revelations of the last week: not by what people were being paid, but in the fact that they felt that they had to make up their perceived shortfalls by clawing and gouging extra money from—heaven help us— such outlets as the hospital sweet shop and the car park.  How sad is that?

And because of this culture of secrecy so endemic in Ireland we will suffer for that.

It’s probably unfair to single out one individual—especially since there are so many involved here—but as we have learned, it’s not a fair world.  So step forward, if you will, former Central Remedial Clinic boss Paul Kiely.  He’s not usually shy about the limelight so I’m sure he won’t mind this time.

In 2012 Mr. Kiely was paid a very acceptable salary of €106,000; but it doesn’t seem to have been acceptable enough.  So money raised by the Friends and Supporters of the Central Remedial Clinic was used to top up on this by nearly €140,000 —more than he was getting paid in the first place!  And if we feel angry, I can only imagine what those honest fundraisers are feeling at the moment.

Independent TD and journalist Shane Ross, speaking on RTE’s Prime Time, accused the clinic of using charity money to ‘line the pockets of its top earners’.

And with even more admirably direct bluntness Ross said today: “Kiely charged a lot to look after sick children.  Five grand a week to be precise.”

If that doesn’t turn your stomach I don’t know what will.

At the time of writing that I was unaware that Kiely had also availed of a €200,000 lump sum when he left to go and do other no-doubt charitable works.  And yes, of COURSE it was tax free.

Also, to put his €140,000 top up in perspective:  that figure would either cover Hand in Hand for an entire year or let us expand from covering eight counties to ten.

Yesterday the entire board of the Central Remedial Clinic were forced to resign.  Not because they weren’t willing to brazen it out, but because the HSE threatened to withdraw the annual €19 million funding for the clinic.

This one is going to run and run so we had better brace ourselves for even more damage.

In their greed and hubris do these…people even care about the damage they have done to genuine fundraisers?  I doubt it.

However, the money being donated to charities is already down an estimated 40%.  That means that every time these…people put their little claws in the cookie jar they stole from people who depend on it.

In my book, that makes them thieves. So I’m waiting—without holding my breath, I’m not that optimistic—for them to return the money they took.

And you know that I’ll still be waiting for that particular New Year miracle this time next year.

You can email me at chasbrady7@eircom.net or read my blog on www.charleybrady.com  Also feel free to check out the charity at www.handinhand.ie

We, you see, really are open and transparent.