Sinead O’Connor is Moaning Once More 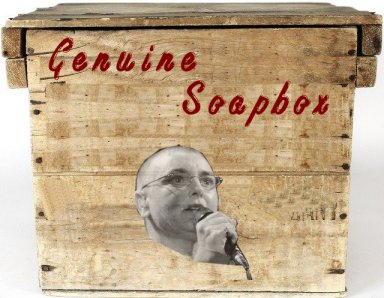 Sinead O’Connor is Moaning Once More

I’m going to put my hands up here and say that I like Sinead O’Connor.  Well, I don’t know the woman at all but I like—no, I LOVE—her music.  She is out there with a handful of other female artists that simply tear the heart out of me when she sings.  Clear, beautiful; at times she is agonisingly able to sum up in a couple of phrases just the way you are feeling at certain moments.  In particular, when you are feeling a bit down.

The woman has been given a gift that most of us would give our eye teeth to have; but by heaven, she certainly can be her own worst enemy.

Every time that I breathe a sigh of relief that she’s managed to keep her mouth shut and stay out of the newspapers for something that she has generally brought upon herself, she then re-emerges with some stupid rant that makes no bloody sense.  And then she throws a strop when journalists write about it.

Here is part of her latest:

“I don’t leave Ireland because I have children with men who still live there. And their needs come first.  But otherwise I’d leave immediately. I absolutely fucking hate it here.”

Sinead, I absolutely hate a lot of things that are wrong with Ireland but I also absolutely, as you would put it in your own inimitable fashion, fucking love living here.

I, like YOU, missus, have the freedom to speak and write as I see fit.  I know that I can write what I please without the door being bashed in at three in the morning and getting dragged off to some Gulag.  We do have our faults, but that’s not one of them.

You know another thing that I love about Ireland?  You can walk into almost any pub here and you will find people that appreciate music, movies, theatre and stories.  That’s something that you don’t get everywhere and believe me I have travelled a lot.

You go on to say:

“In Ireland, I cannot be an ordinary person.  Everybody wants something of me, everybody has their fucking opinion.  It’s exhausting.”

YOU are the one, Sinead, that puts yourself into a position where you think that people are judging you.  No one else.  Hell, you CHOSE to have four children by different men.  That was YOUR choice.  Hell, did you ever hear of contraception or even SAFE SEX?

“OK, sure, it’s a safer environment for younger children than it is perhaps in London, but in London you can be anybody you want, and nobody takes any notice of you.”

Well, the obvious answer to that is…go to London. Don’t spout that rubbish about your kids’ dads being here.  Live there, if you like it so much.  I have this feeling that if you didn’t have the oxygen of publicity you wouldn’t last two minutes.  You would shrivel up and die.

“Father’s Day is a bit of a revolving door at my house”.

Do you ever think about the fact that your kids are reading this bullshit?

You are in a far better position to move than many of those who are having to leave this country simply because there are no jobs for them anymore.

You will no doubt feel picked upon once again if by some chance you come across this article, but I will reiterate:  we like you, Sinead; we’re just fed up hearing that you are bi-polar or you were abused or that the Catholic Church has given you a hard time; or indeed whatever it is this week!

Get over it! We all have our sad stories.  But most of us keep them to ourselves.  Most of us don’t have the platform to whine on national radio that we are lonely and pining for a partner. Jesus wept, how long did the ‘marriage’ from that escapade last?  Seven days or something?  And then you moan that it fell apart because he disapproved of you trying to score drugs in Las Vegas?  Are you having a laugh or what?

Scoring drugs in Las Vegas? I’d have ran for the hills as well!

You are a talented and wealthy woman.  You are in a position to do whatever you want but instead you point the finger at others whilst getting yourself covered in increasingly pointless tattoos?  Do you really hate yourself that much?

I hope that you do meet a nice guy, although I can’t think of anyone who could put up with you.

I suspect—in fact I KNOW—that you are a kind person who would rather do well than harm.  But get over yourself.

I’ll always love your music and truly wish you well; but as for everything else, I have no interest anymore.

Good luck to you. 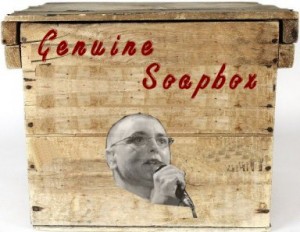