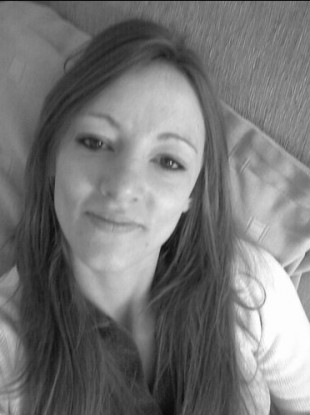 The death of a homeless man on the streets of Dublin in the early hours of yesterday morning brought back memories of Rachel Peavoy.  At the time of her inquest I wrote variations of a piece for the New York Irish Examiner USA and for Chicago’s Irish American News.  It seems appropriate to reprint it today.

Rachel died needlessly in the second week of January, 2010, having frozen to death in her flat in the run-down Shangan tower block in Dublin. Her inquest makes for despairing reading. That this could happen to a young woman in 21st Century Ireland, all but recently one of the richest countries in Europe, is itself a sad commentary on Irish society and what we have become.

Rachel Peavoy and her boyfriend Jason Douglas, a baker, celebrated the birth of their son Warren in 1998. Four years on, Leon came along and the family resided at a block of flats in Coultry Road. Ironically, the one bedroom flat was deemed to be too small and she was moved to the Shangan high-rise. Herself and Jason by now having broken up, she lived the life of a single mother and all that that entails but she still visited with his mother and sisters.

A friend commented: “She didn’t have to do that but she loved her kids and wanted them to see the grandmother. She remained close to Jason’s mother. There wasn’t a bad bone in her body. She didn’t even drink. She would go out and drink lemonade.”

Like many people these days, Rachel found herself struggling and it didn’t help that the council, thinking that it was pointless to pour money into a by-now almost empty block of flats, turned off the communal heating. Needless to say, it didn’t matter to Ireland’s endless army of jobsworths that the January of 2010 was the coldest in 45 years. When there are a few greasy shekels to be saved among Ireland’s loathsome bureaucrats, personal comfort and dignity doesn’t get a look in.

Noel Ahern, her local TD at least tried to do something about it but ultimately got nowhere. Then on December 15 she went to her doctor in order to request a letter backing her up in asking for help with the heating costs. You see, she had a couple of little electric heaters, but as a friend said: “She was terrified of using them because she was so worried about paying her ESB bill.”

There was more than one or even a thousand people in Ireland who, when hearing that, thought how much they could relate to it.

One of Rachel’s neighbours – who had also complained about her freezing flat – was told by nameless (and hopefully they won’t remain so) Council Officials that her place was “warm enough to live in.” Something tells me that those particular jobsworths had a snug and cosy Christmas that year.

Dawn Sherry had the inspectors out but, rules being rules, they were only obliged to measure the one room in which a whole family was trying to keep warm.

“They were telling me there was heat in the flat when there wasn’t. They said they could only test one room. Christmas was horrible. My brother and his two children ended up having to go home because it was too cold.”

The day before a woman who was born in 1980 froze to death in 21st Century Ireland, she asked her elderly mother to mind the two children. She was found dead the next day, in her bedroom.

In a country where in the last few days we admit to ten suicides a week (and I personally believe it to be much higher) and that so many of them are money-related we hear the findings of an inquest into this young woman’s death; and then we go on to hear about how Minister Mary Hanafin’s mother got a whopping €62,000 in compensation from the Exchequer when she slipped and fractured her arm outside – where else? – Leinster House.

Actually these newly released documents make interesting reading but I’ve neither the time nor the inclination to go into them now. It’s hard however not to comment on coughing up €510.30 to make sure that the Chief Whip’s office has a water cooler in it; or that 12 cushions and covers that we’ll never see cost US €870.00.

Or what about that proven chancer Ivor Callely? He has been rewarded with back pay for 20 days work that he missed during his suspension. €17,000 for 20 days work. If for no other reason this just emphasises why I would like to see an end to the useless Seanad and all who sail in her.

Callely, with his unique lack of self-awareness, reckons that his “good name” has been vindicated. He seems oblivious to the fact that nobody believes that he has one. No fear of anyone here dying of the cold at Christmas. [Callely of course, to everyone’s astonishment, has done time since this writing.]

…Finally, just to go back to that awful story for a moment: her family’s barrister, Dr. Ciaran Craven asked for an enquiry into how “a young woman with no other system disorder died of hypothermia” in modern Ireland.

Well, I think we all know the answer to that one. Money.

It always comes back to money.

Of course, all this time later, Dublin City Council still refuse to comment.

Here I am, reprinting this piece four years later and you tell me:  What has changed?