Our Masters and the Death of Compassion 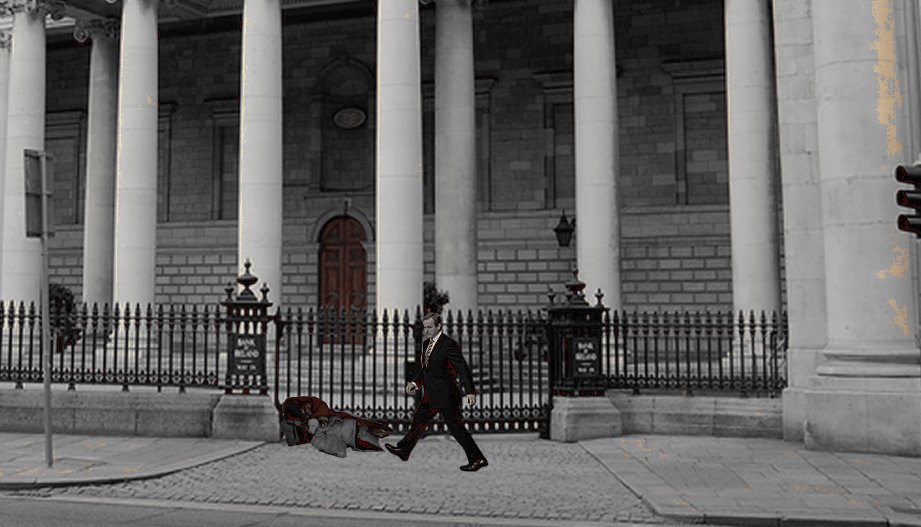 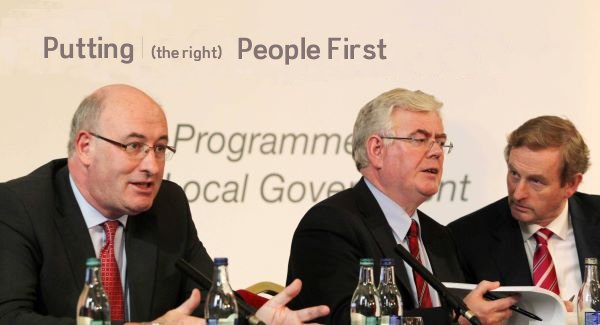 Like many another in Ireland I have found myself, in the years since the Recession kicked in, at times coming perilously close to falling through the cracks.  I would never have been particularly well-off but I had always been very far from poor.

With work beginning to dry up and with the pension that I thought would see me pretty comfortable in later years all but wiped out, things changed for me quite drastically; and they changed very fast, too; faster than I ever would have believed possible.  The help of friends, many of them in the same sinking barge, has helped me through a lot of really tough times of late.  Yet if someone had told me even five years ago that I would have been finding the going hard, I would have shrugged and wondered how they could come to that conclusion.

It has been, as they say, a learning experience and a pretty humbling one.  It is one thing, what it does to you physically and as regards your day-to-day life.  It is another thing completely in what it does to your personal confidence.  The fact is that constantly worrying about where the money to pay the next bill will come from gradually, and then more rapidly, erodes your faith in ever seeing yourself climbing out of what seems like a bottomless pit of anxiety.

I’m one of the lucky ones. At times it hasn’t always felt that way, but if I’m honest then I am indeed fortunate compared to some.

The feelings of disgust towards the perpetrators of last week’s uncaring, arrogant budget will only deepen as time goes on until we finally—finally—must recognise the enormous chasm that lies between us and our heartless political masters.

And they shouldn’t be our masters at all.  They certainly should not feel that they are; and yet they do. And this despite the fact that they are supposed to work for us, something that seems to have been long forgotten.  Despite many of them being half-educated at best, or even worse, just plain ignorant and insensitive, they really feel that they still have the right to represent us.

Of course I will hear some saying that they were voted in to make the decisions that we thick peasants can’t make for ourselves; but this is completely wrong.  When a politician or the party he represents has lied to our faces prior to an election; when they have failed to honour a single promise that they made; when they continually reward themselves for failure and hit the poorer in society in order to continue to fund their reprehensibly lavish lifestyles, salaries, expenses and pensions; when they are guilty of all these things then they surely have lost all claim to any mandate they may have been given when voted in.

If a worker, in any other industry, were to have behaved as shoddily as our present government then they would either be out of a job or have lost their company.

It’s as simple as that.

Why should a politician be any different?  If anything, I would maintain that due to the great privilege they have been given—namely, to try to improve life for the people they represent—that they have an even greater responsibility on those shoulders of theirs.

They should all along have been worrying and working themselves towards making this a better society for each and every one of us to live in.  But you cannot work selflessly for those more vulnerable than you if the first thing on your mind is how to get through the months and years until you can get your hands on that honey pot that will keep you in luxury for the rest of your life, even if you’re only in your fifties when you retire.

You cannot be concerned with people dying on the streets and queuing at soup kitchens when uppermost in your head is working out your expenses for getting to the Dail on the days when you feel like bothering to turn up.  Can you imagine it?  These creatures actually demand to be paid for the journey to work.  Are any of you out there able to do that?  No, I didn’t think so.

If you are too busy swigging down ludicrously subsidised alcohol in the Dail bar as if it were a working man’s club; if you are stuffing your fat faces with subsidised food in the restaurant; if, as we know from this week, you are moronic enough to think that it’s funny to be sending prank calls from the Dail itself—prank calls, in the week that saw a nurse in Britain allegedly take her own life because of one, which just about shows your level of intellect;  if you find it appropriate to turn up at the Dail yesterday as did Fine Gael leader Enda Kenny, grinning like a Cheshire Cat after his latest adventures swanning around Europe and seemingly oblivious to the depth of feeling against him; if you are this divorced from the person in the street then you have no business representing us anymore.

Grand concepts are thrown around:  we listen to talk of bondholders and bailouts and are constantly lectured on our duty to cut back in order to help out the banks.  If the truth be known these are now simply abstract ideas for most of us.  The reality is the homeless man dying outside the supermarket on the street in Bray last Friday night, frozen to death where he sat.  This is so far divorced from anything that our wealthy politicians can even begin to understand as to be utterly heartbreaking.

The reality is the man on the previous day who died beneath the wheels of a bus.  Tragic as that was, even worse was that it was two days before he could be identified.

People vanish frequently these days, having become for whatever reasons the victims of broken dreams, broken hopes, broken lives.

We are all so busy simply trying to survive and protect our own little section of turf now that we rarely have time to wonder how the next fellow is doing.  It’s not that we are uncaring or wicked; it’s just that whatever compassion we once had is swiftly being knocked out of us.  And if we are waiting to be led through example by those who deem themselves our betters then we can prepare for a long wait as we turn more and more into a casually cruel society.

Those people felt nothing yesterday as they sat in the comfort of Leinster House (a building that is supposed to be for the people, for crying out loud!) whilst carers once again demonstrated to no avail against the savage and barbaric cuts to their already meagre expenses.

There, in the freezing cold of a pre-Christmas week were many in wheelchairs who were demanding the return of the €325 that was being stolen from those who, out of sheer love, look after them; and inside were the likes of Taoiseach Kenny, having the bad taste to swagger and smile, secure in the knowledge that on €200,000 a year and with a pension pot of €83,900 to look forwards to, will never feel the aching raw pangs of want.  And just as much as Kenny is the pet lackey of Angela Merkel there is his own pet, the turncoat and traitor Tánaiste Eamon Gilmore—a man who never made a promise he couldn’t break—happy with his €184,405 a year salary and his pension of €78,442.

I could go on and print the outrageous money that the rest of this appalling group of creatures pull down, but really what would be the point?

I do wonder what Kenny felt as he looked out of the windows at his fellow Irish men and women who have been so terribly and unfeelingly spat upon.  Did he think about the one-off payment of €100,000 that he is ‘entitled’ to from his teaching days?  And is that why he has spoken of deferring it until he retires from politics?

Deferring it?  Dear God, that somehow makes it even worse.

With such greed-driven men and women as these to ‘lead’ us how can we ever again hope to regain a caring and compassionate society?