The Intimidation Begins…and the Cronyism Continues. 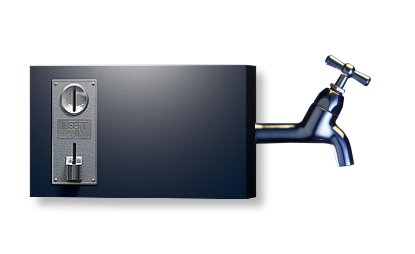 …and the Cronyism Continues.

You’ll all have received your little packs by now, courtesy of the Irish Water clique; and as things get worse and as the mailed fist in the velvet glove becomes simply the mailed fist, it will be instructive to remember that this is the quiet way in which the intimidation began.

Or did it? Is it even possible to remember how it began?  After all, at one stage October 2014 appeared to be so far away that it hardly seemed to concern us.  Sure, it would have been sorted out by then.  They would never actually get away with charging us for water—something that we were already paying a tax on.

It’s here, though.  So… did it perhaps begin with the completely biased RTE Propaganda Channel softening you up with easy interviews being given to Irish Water flunkies?  Or was it long before that disgrace?

And seriously:  if you ever felt like just stopping paying for your television license, then it must have been at that moment when you realised that you actually have the diametric opposite to an impartial broadcaster.  What you actually have is one that is simply a mouthpiece for the government and will help that same corrupt government in thieving from you the last few shekels you have.

As I’ve written about elsewhere, for various reasons (not least of all to stop myself getting an ulcer) I have tried, over the course of the last twelve months, to see the good side of human beings; and that has by force of necessity included politicians.  However, at the end of that year, whilst I’m willing now to think that perhaps people really are basically decent, I simply can’t stretch that to include politicians.  It’s an easy refrain to use and yet it’s basically true:  they really are all the same.  They probably go back to being human when they’re with their families; but over all they are working in such a hermetically sealed system that this system can’t be changed, as Gore Vidal once put it.

And then they find themselves working with sums of money that are so corrupting to those with weak wills that in their insatiable need to hold onto Power/Wealth they literally lose any semblance to what I would consider simple humanity.

Sound harsh?  Just take a look at the likes of one of the most repulsive, arrogant and pig-ignorant swine to emerge from the trough of Irish politics (and it’s not as if there’s ever been a shortage), ‘Big’ Phil Hogan who finds himself rewarded for being an insufferable, bullying and incompetent sack of shit by being promoted to the Euro-Gravy Train and wonder no more as to why they hold us in such contempt.

They despise us because we’re weak and deserving of their contempt—otherwise abominations like Hogan wouldn’t be tolerated in civilized society.

Do you know something?  At one time I would have said that it was wrong to target these people and to intimidate them if at all possible.  However, when it was approved by politicians, members sitting on the Board of Irish Water and various other low-lives, that they send us out a ‘pack’ that asks us to disclose ever more personal information, then they lost any right to be treated as we would treat fellow normal people.  When they threatened your families and your small children with having the water supply in your home ‘reduced to a trickle’ they threatened you and your simple way of life in a manner that is contemptible.  And it makes not only them but their families fair game.

If they are going to deny a child a basic element of human existence just because that child’s parents won’t– or more likely can’t– pay, then no single part of their loathsome, miserly-inducing existences should be left private.  And if you are the child of one of these creatures and are benefiting from the money that they are showering themselves with then you have a responsibility to point out to Mommy/Daddy TD, Senator or Water Board member that what they are doing is just wrong.

Similarly, if you are a young assistant who is photographed cuddling up to the likes of Hogan whilst enjoying a freebie and you find yourself splashed all over the papers then don’t blame the media:  blame your own lack of moral fiber in even breathing the same air as that gouger, let alone hugging him.  You interfere with my privacy and you don’t get to enjoy any yourself.

As it happens I was, in an idle moment yesterday, glancing through the names of those who are sitting on the Irish Water Board.  Yeah, I know; that’s what people like me call ‘entertainment’.

Whilst shaking my head in bafflement at a lot of these chancers I zoomed particularly in on Coleman Sheehy.  Now, I confess that I thought I was being original here but as it happens the Political Life blog has been asking about this guy long before me.  So I’ll just confine myself to telling you what this bloke’s CV and qualifications for being a director are:

Well, I’m glad that we cleared that up.  Speaks for itself, really.

Another beauty that caught my eye was:

Hilary Quinlan, who was also appointed in November 2013, a good month for Irish Water, obviously.  He was first elected to Waterford City Council in 1985 and was Mayor three times.  Wow, imagine that:  three times. A Mayor.  Like a lot of them he specializes in sitting on boards and committees:  Association of County and City Councils; the HSE Regional Health Forum South; County and City Infirmary; Joint Policing Committee; Member of Transportation and Infrastructure Strategic Policy Committee and Master of the Holy Ghost Residential Home.

Now, of course Hilary’s appointment had been approved by Big Phil Hogan; but I had written most of this yesterday (29th September), so imagine how my spoon went flying and I was left spluttering into my porridge this morning when I realised that this is no less a dignitary than the same Hilary Quinlan who has now been hired by junior minister Paudie Coffey as one of his drivers—to the tune of €665 a week.

Maybe he took pity on him because he was booted off his seat in May’s local elections, but still…where will he find the time to drive Paudie around, what with all those boards and committees that he’s on?

You know, you actually have to admire it.  They are so uncaring about what anyone thinks of them that they actually let that slip on the same morning that we get the details of our extra tax.  There is a very decent bloke living nearby me.  He makes his living from chauffeuring whilst wrestling with being a single dad.  I wonder if he was offered that plum job.  Fancy taking a wild guess?

I had meant this to be more of a look at how Irish Water will threaten those of you who won’t be paying them; but to be honest after this latest stuff I just need a lie down.

I’m sure that we’ll be coming back to it.  After all, there’s bound to another Irish Water scandal around at any minute now.

PS  You can’t turn your back for a minute.  I had only finished that and put it aside in order to visit Oranmore Library, where John tells me that not only has dear Hilary resigned from the Water Board but that John McNulty has pulled out of the Seanad by-election!  Wonders will never cease.  Next thing we know, we’ll have Hogan admitting that he’s a ridiculous fat windbag.

Nah, don’t be daft.  All together, now: we know that it was only because ye got caught, lads…