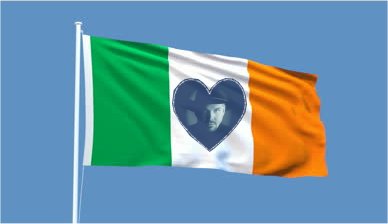 Ok folks, I know that you didn’t want to see the GB name again for a while but this was actually written last month and appears in Chicago’s Irish American News for August.

I had just sat down to do this month’s column when I got an email from a reader, just returned from holidays and obviously catching up with news in Ireland. (Welcome back, Mr. Hayes.)  He concluded by saying:

“I see that Garth Brooks is bringing the Irish people to the brink of revolt over the cancellation of his Dublin shows.  Let’s see:  bankers—no one cares; Brooks—it’s Easter ’16 all over again.  You have to love people’s priorities. “

Well, I wasn’t going to mention it because I’m pretty sure that we’re all Brooksed out at this stage; but that pretty well sums up the insanity of the last few weeks here.  In fact, as I write this of a rainy Monday morning, the 14th of July, I don’t know whether the concerts are on again or off again and don’t particularly care.  I mean, a conversation in my local has turned into:

“I see the Middle East is kicking off again”.  Blank stare.  “What’s that got to do with Garth Brooks?”

We’ve lost the plot completely.  The esteemed Mayor of Dublin Christy Burke (no, I don’t know what he does either) told us on the news the other night that the concerts ‘have to go ahead to save the nation from sorrow and misery’ and that ‘the Mexican Ambassador (!!) has indicated to me that his diplomatic skills are available if needed.’

Jesus wept. ‘Save the nation from sorrow and misery’. Really?  Even for those of us who don’t give a toss about Country & Western music (unless it’s the divine Kristofferson) and who are just plain embarrassed that we’re acting like the village idiots of Europe? Get a grip Mayor, would you?

The whole thing has gone beyond parody of course, but I can’t resist quoting from a wonderful spoof by Cormac Moore on the website ‘The Potato’:

“Pope Francis has spoken out over the controversial cancellation of the Garth Brooks concerts and has agreed to meet those victims who have been affected by the recent tragedy.

“Up until now the church’s stance on the issue had not been known or made clear.  Many ticket holders had criticized the church for not doing more sooner to support the victims and say that this move by Pope Francis is too little, too late.”

It goes on to say that a mass will be heard over 5 days at Croke Park from July 25th ‘as the date has recently become available’; and that ‘musical hymns will be provided by Garth Brooks himself, as he wishes to apologise directly for the disastrous situation and as it is a religious ceremony, he won’t have to pay tax on any of his earnings.’

What makes this so damned funny is that it isn’t a million miles removed from what could be the truth.  After all, you would have been forgiven this week for thinking that a priest calling the practice of yoga ‘contemptible’ was a skit.  I mean, ‘contemptible’?

Raping children, that’s contemptible; tearing babies from the arms of their mothers and selling them abroad, that’s contemptible.  In my innocence, I would have thought that practicing Yoga was…well, rather good for you.  Not so, according to Donegal priest Father Padraig O’Baoill, who wants his parishioners to desist forthwith!  Before he took off for a stint at Lourdes he had written in the Gaoth Dobhair parish newsletter and picked up by the ‘Donegal News’:

“As followers of Jesus Christ we should not partake in deeds that go against our religion.  Accordingly, you should not take part in yoga, thai chai [sic] or reiki.  Do not put your soul in jeopardy for the sake of these contemptible things.”

Hell’s Bells, the Vatican can sure pick them, can’t it? But…let me play Devil’s Advocate here for a moment. (No snickering at the back of the class, please.)

According to his own beliefs—and yours, if you are a Catholic—what is he saying that is actually wrong?  After all, he maintains that it is ‘incompatible with Catholic faith.’  Well, since it’s Hindu and Buddhist in origin then it kind of is, I would have thought.  If the whole philosophy of the discipline derives from a doctrine that is not only fundamentally at odds with the Vatican but indeed pre-dates it, then you bad people really shouldn’t be ‘putting your souls in jeopardy’.  Naughty, naughty.

Or are you simply Cappuccino Catholics?  Part of the majority that pays lip service by nodding off during the sermon every Sunday, just so that you can say that you were there?  One of those who follow the teachings of Holy Mother Church but ignore the bits that you don’t like, say for instance…oh, sex outside of marriage.  Because if you’re doing that then you really aren’t practicing Catholics, are you?  You’re certainly practicising something, but it’s not the Catholic way of life as taught in school and dictated to us by Rome.

Nor, despite the fun that has been made of him, is Father O’Baoill alone in his thinking.  This has been talked about at very high levels in the Church for some years now.  He has just come out and put it rather baldly, that’s the only difference.

And of course, as someone who enjoys seeing those who like telling people how to live tying themselves in knots, I love this.  Father O’Baoill says that he will explain all when he gets back from the holy waters.  I can’t wait.  In fact, I think that it’s time to start subscribing to his newsletter.

I needed that bit of light relief this month as the Fine Gael/Labour reshuffle is still sinking in.  Where else would you see someone who has failed as spectacularly as Phil Hogan being nominated as Irish EU Commissioner?  Hello, €249,984 a year!

And Enda’s off on the false promises again:  extra loot for childcare, building projects and…oh, everything, really! AND we’re going to cut income tax drastically! What’s that? Can we believe you? Of course you can!  Ah come on now, that’s not fair, mentioning the five point plan. After all, that was in the run up to an election. As Pat Rabbitte said, you’re expected to lie.  Yes, this is the run up to an election too; but this time you can believe us…honest!

Meanwhile, did you notice the deliberate mistake? Leo Varadkar has been made Minister for Health whilst James Reilly gets moved to Children and Youth Affairs.  Making someone who looks reasonably healthy Minister for Health? Bloody hell, it’s a long time since that happened.  It’ll never catch on, mark my words!