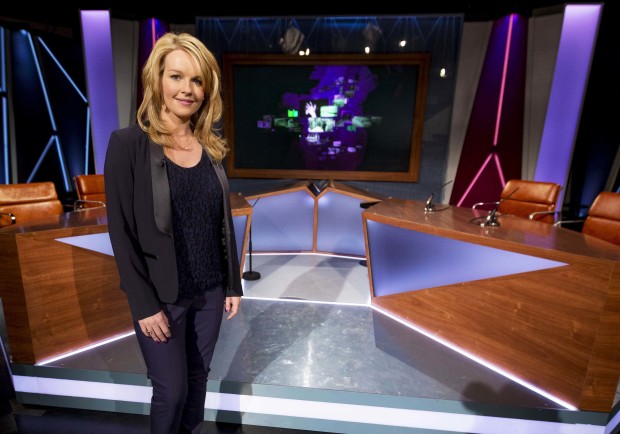 Well, you pretty much knew that you were in an RTE hospitality room from the get-go.  In few other places would you get a statement quite as bizarre.

It was Monday night’s ‘Claire Byrne Show’, and we were being told that we would be discussing the anti-water demonstrations;  the arrest and imprisonment of five protestors, some of whom were on hunger strike; and – oh, by the way– in the second half we’ll be talking about male eating disorders.

Hunger strikers followed by men with eating disorders:  seriously, you couldn’t make it up.

Personally, I think that the water charge protests are enough to easily – easily – rate a full programme; but again, this is RTE and their approach to dealing with the protests hasn’t exactly covered them in glory.  Sure, you can say that it’s just sour grapes on my part because I didn’t get a chance to speak; and there’s a certain amount of truth to that.  However, it was they who contacted me – through both emails and a further four phone calls, where I was questioned at length by Ms. Byrne’s charming researcher, Aisling Brady.  Of course, no one has any right to expect to be asked to contribute; but I did think that the fact that I have been writing so consistently on the water protests for Chicago’s ‘Irish American News’ might have given me a slightly different take.  In fact, I had been looking forward to stating that the vast majority of Irish-Americans who email me are very much behind the protesters.

Well, so it goes.  On the plus side was fact that they let mouthy Fine Gael ex-councilor Dr. Bill Tormey out of his cage.  Really, listening to guys like Tormey would make water charge protestors out of Joan Burton and Enda Kenny, that’s how off-the-wall this guy is.  He was seated next to Sandra Fay, a teacher who was at the Jobstown protest and who talks far too much sense for the likes of Doc Tormey.  (“They’re trying to separate us into good protestors and bad protestors”, she said perfectly reasonably.)

In fact, it was a highlight of my night to look at the perpetually scowling face of this goon.  I don’t know what he’s a doctor of and don’t care; but his bedside manner leaves a lot to be desired.  Certainly, he doesn’t like meeting a demonstrator like Sandra, who is attractive, passionate and – worse of all for Doc Bill – articulate.  The cheek of her, to have an opinion!

In fact, I was just talking to Fiona, who works in my local chemist. “Did you see the state of him?” she asked me.  “As soon as he folded those arms in temper I had him down as something out of a time warp.”

Hah!  I know what you mean, Fiona!

Another thing that helped to salvage the evening for me was meeting TD Ruth Coppinger.  She refuses to get rattled and in my opinion she played a blinder.  She also let me share her taxi back into Dublin centre with her.  I confess, she’s gained a fan.

Unfortunately, the second half had some young fella on, talking about how great Sean Connery looked coming out of the sea fifty years ago and how Daniel Craig had a different (but still great) body shape when he did the same thing.  And at that point I was losing the will to live.  Listen, I know that eating disorders are serious, but maybe keep it for a separate show?

Check out the exchanges between Sandra and Doc FG.  They’re on the RTE player and a bit of a hoot, just for the look on both faces.

Now, if only I had gotten a word in…