In an Otherwise Grim Week, Bertie Does Boston 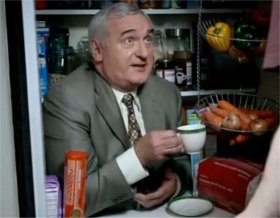 In an Otherwise Grim Week, Bertie Does Boston

By now, most of you reading this or any Irish American newspaper will have read thousands of words on it; you will have seen many dozens of images and you will have discussed and reflected on the funeral of Detective Garda Adrian Donohoe.  From thousands of miles away you will have been as moved as we were in Ireland.  It was an astonishing and powerful sight:  over two and a half thousand members of the Garda Siochana, marching in full uniform to mark the passing of their murdered colleague.  With solemn dignity they had walked behind the hearse to the cemetery where he was laid to rest, men and women who had travelled from all parts of the country in order to mark their respect for the man about whom many must have thought:  There could have been any one of us.

The Church, too often seen as distanced and remote these days, did itself and its followers proud.  The Vatican may be removed almost entirely now from normal human concerns; but in the form of the remarkable Father Michael Cusack even nonbelievers like myself were impressed at how important the Church was on this day.

Detective Donohoe’s wife Caroline may have turned down the offer to meet with Justice Minister Alan Shatter, but she was content to sit up with Fr. Cusack on the night before as he prepared her for the ordeal of the next day.

Nor did Fr. Cusack neglect to hold the focus on what so many of us were discussing:  would this tragedy in any way affect the ongoing slashes in what is allocated to Garda resources?   From the alter he spoke passionately of events in the parish here in County Galway where his own parents live and where two elderly men were brutally beaten following recent cutbacks.  He spoke of a rural community ‘going to bed at night in fear.’  He spoke of the need to think again on the closing of so many country police stations and it was clear that it was from the heart.  It also seemed reasonable to assume that his words had been approved by Caroline Donohoe, with whom he had spent so many hours.  Her late husband himself had after all been vocal in his criticism of the closures and of the cuts.

Other politicians might have been hanging their heads in shame at such a public rebuke of their policies and in such awful circumstances; but Taoiseach Enda Kenny and Justice Minister Alan Shatter are made of different stuff; not stronger, just different.  Thicker, perhaps.  They stared stoically ahead.  Who knows?  Perhaps they were miles away and didn’t notice that the barbs—and the Redemptorist priest surely had the agreement of the Force—were aimed squarely at them, their cabinet ministers and their policies.

By the next day we all knew that his heartfelt words had fallen on deaf ears in any case.  With ruthless efficiency (they have to be efficient at something and to Hell with the timing!) 95 Garda stations closed down for good, leaving more isolated communities than that of Fr.  Cusack’s parents ‘going to bed in fear’.

[As I write this some days later it is even clearer how much worse this will get.  Allowances for Saturday work, public holidays and Sundays will be cut, as will Night Duty Payments and much, much more.  The General Secretary of the Association of Garda Sergeants and Inspectors has said:

“It’s unfair and disingenuous for the Taoiseach to shake a big stick over our members.  They can’t take any more.  They’ve taken a 25% cut, this represents a 7% cut across the board and our members are at the pin of their collars to pay their bills at the moment.”]

This may seem to be straying from the funeral of Adrian Donohoe but as Fr. Cusack thought it important to give such attention to then I don’t think that any of us can ignore it; or look away from the light that it shows our insensitive representatives in.

Now that this part of it is over the reality is that a woman is left without her husband, her two children are left without a father and two parents are left bewildered at the premature loss of their son.

It would make a great title for a soft-porn flick, wouldn’t it?  But whatever about that aside it cheered up an otherwise grim week here.  Bertie being lauded by the Irish- Americans at the Boston Park Plaza Hotel certainly caused a bit of welcome laughter in my local, that was for sure.  Of course it was of the ‘can you believe the neck of this chancer?’ variety but still, in these dark days we’ll take what we can get.

“Aren’t Americans awful eejits at times, just the same?” asked one drinker.  However, it was quickly pointed out to her that since WE put up with his lies and general all-round sliminess for years we perhaps shouldn’t be so fast to laugh at anyone else.  Nor would I imagine that the Clover Club, which was responsible for inviting the shamed and denounced gouger, could exactly be taken as representative of the Irish-American community.  As far as I can make out it is made up of several hundred wealthy men who don’t like the company of women—well, at least not when they’re eating and slapping each other’s backs anyway.  And listening to guys like Ahern making speeches.  Yes, it’s one of those anachronistic old Gentlemen’s Clubs that most people thought had gone the way of the dinosaur.

Now I’m with Groucho Marx in believing that I’d never want to be a member of any club that would have me as a member.  And I think that would go threefold for the Clover Club.  Although even if I had the loot I doubt that I would have the social cachet to ever receive an invitation.  I hope not anyway. I’d be quite insulted because in my limited experience of Gentlemen’s Clubs most of the members tend not to be…well, gentlemen.  In Ireland even gay men’s bars don’t have a problem with serving women; so I find the idea of a club in the 21st Century, exclusively for wealthy men, to be quite creepy.  But that’s just me.  Enjoying the company of women is just one of my many little quirks.

More importantly for Bertie must have been that they have a no press rule as well.  There should be something like that here, Bertie, eh?  Every time one of those journalist bastards gets within three feet of you, past lies are dragged up again.  So we don’t really know much about Bertie’s 25-minute speech except that a few of the boys thought he was ‘so powerful’.  Oh, and apparently he is playing a blinder at working for world peace.  Bloody hell, would the boys not have found it cheaper to fly in a Miss World contestant to tell them that?  Sorry! Forgot! No women allowed!

You would know that Bertie is openly chasing the money now and not votes.  I’ll bet he wouldn’t have appeared at a club like this back in the day.  In fact, back then he wouldn’t fly anywhere without his mistress by his side; well, as long as the taxpayer was coughing up, that is.

Since we don’t know what the greedy so-and-so droned on about I’ll hazard a guess as to what he DIDN’T repeat:

I’ll bet he didn’t make one of his famous gaffes like:

“That decision will in history be written as the biggest mistake that American administration ever made, because Lehman’s was a world investment bank.  They had testicles everywhere”.

Indeed they had, Bertie; and it was those self-same appendages that we were admiring this week as you strutted your stuff for Irish America.  You may be hated at home for your inability to even lie convincingly; you may be despised for hiding like a coward behind a female assistant and throwing her to the wolves; but who cares about the peasants, eh?  You can still fill a room full of wealthy people; but I’ll bet that you didn’t repeat what you said in December of 2004:  “I’m one of the last socialists left in Irish politics.”  I think that might have caused an embarrassed silence, all right.

The photo of you arriving at the hotel genuinely DID put a smile on face.  Of course, my first reaction when I saw you were on crutches was: oh give us a break; he’s pulling the poor-me act again! But then I thought, don’t spoil it for yourself, Brady.  Maybe he really IS in pain.  Cheered me right up, that did. In fact, that evening I had the best dream of my life.  The second-best was when I dreamt that Christina Hendricks called to my apartment, told me she loved my column and really wanted to show her appreciation.

Astonishingly, and to show what a sad person I am, this dream was even better:  simply, the hoop of the crutch was chafing Ahern’s elbow and his leg really was causing him agony.  I woke refreshed and ready to face a new day.

God help us, it doesn’t take much to make me happy!