It is Called ‘Choice’: Why I Do Not Use Non-National Taxi Drivers 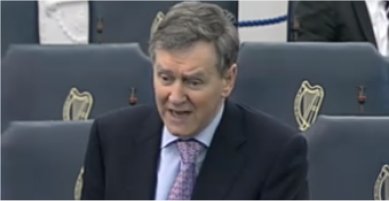 It is Called ‘Choice’:  Why I Do Not Use Non-National Taxi Drivers 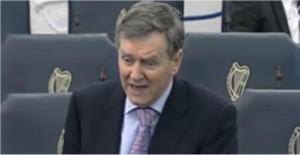 There are a couple of words that are gnawing at me this evening.  One is RACIST.  The other is BULLYING.

‘Bullying’ has been used a lot of late because of the dreadful reports of young people who take their own lives as a direct result of cyber-bullying.  It is a trend that our opportunistic politicians have been very quick to identify as a platform that they should be seen to be attached to.  It’s a handy one for them.  No one likes a bully.  It’s a safe thing to say.  It’s the kind of thing that our spectacularly cowardly gang of so-called representatives simply love.  There’s no danger there.

Of course our politicians are so intellectually limited that they cannot see how they lead by example with their petty, 12-year-old, schoolyard antics in the Dail.  They embarrass most of us grown- ups and I’m pretty sure that they equally embarrass our teenagers as well.

I had the weird feeling yesterday that I would be writing a very unusual article.  I thought that for once I would be complimenting a politician on telling the truth; and not only a politician but a member of the Senate to boot. That of course was too much to hope for since the politician in question immediately backed down to the bullies of the Dail.  Well, there were a few vested interests involved as well, of course.  Be that as it may, these bullies all used that word that is equally safe in our increasingly timid and brow-beaten society:  RACIST.

He had said in the Seanad that:

“It has gotten to the point, and I make no apologies for it, that I prefer to go to a local taxi driver rather than somebody who is obviously a non-national”.

So far, so good.  That is his opinion and as a customer who has the right to choose there was absolutely nothing wrong with this statement.

I do exactly the same.  I will always use my right to walk past a non-national taxi driver in order to find an Irish one.  I’m not asking for this right, I’m taking it as something that I have.  It’s called ‘choice’.

Mooney was challenged as to how he could know that a particular driver was non-nationalist by looking through a windscreen.  The questioner obviously doesn’t use a cab from the rank late at night too often, that’s for sure.  It is generally possible to guess who the non-national is because they’ll be the ones who are hanging out beckoning you over and then giving you dagger looks if you keep going.  It’s something that is so simple that even a politician should be able to grasp it.

I am not naive.  Before I moved to Galway I lived in Dublin for twenty years and know that some Irish taxi drivers can be the mouthiest, most infuriating that it is possible to sit in with.  But perhaps because I’ve been lucky I have never had one try to rip me off.

Nor have I always behaved this way.  Listen:

I have never sat into the cab of an Irish taxi driver and been confronted by a sign on the dashboard informing me that THIS IS A RACIST-FREE ZONE.

What the hell is that about?  Talk about putting your passenger at ease!  Are you having a laugh?

I have never had a local driver say to me, as soon as I have sat down, “You point, I go”.

Quite frankly I do not believe that it is racist of me to expect—when I am a paying customer—not to have to explain the geographical outlay of Galway to the worker who is supposed to be providing a service.  I’d be equally put out if I walked into my local pub and asked for a pint of Carlsberg, only to be told:  “Please point at tap.  I will pour.”

To hell with that; that’s not being a racist, that is just how the service industry works—or at least should until you come up against a non-national taxi driver in Galway.

I don’t go on anecdotal evidence; I go on what has happened to ME.  Several years ago I took—on two separate occasions—taxis from outside the Eye Cinema to my home in Oranmore.  On both occasions the black—am I allowed to use that word, even?—taxi driver tried to charge me the guts of THIRTY EUROS!  One was the beauty with the RACIST FREE ZONE sign in the front.  On both occasions I asked politely that they turn their car around and take me down the road to the police station, where we could sort it out there.  And yes, on both occasions I was told that I was a racist.  They never turned around of course.  I simply paid what I always pay and walked off.  But twice was enough for me.  After that it was a case of “never again”.

Since then I have spoken to non-national drivers who have told me that a few of them are their own worst enemies.  I accept that; but still, unless I actually recognise the person, never again.

I would have had a lot of time for Paschal Mooney if he had stuck to his original statement; but no.  He had to back down to bullying by his peers and by guys like Garrett Mullan of ‘Show Racism the Red Card’.

You are not a twelve year old who is being cyber-bullied, Mr. Mooney.  You are a grown man who should grow a pair.

You might have been surprised at how many took your side.