The Fear in the Broken Wee Women

The Fear in the Broken Wee Women

“There aren’t going to be any happy endings here.  No one is going to come out of this looking very good.  What were the fathers of these children doing?  Did they just watch and breathe a sigh of relief as their pregnant lover was dragged off to a life of misery and their child was farmed off to whoever would have it?  Were the fathers’ families equally relieved?  Many must be alive now, having gone onto raise families of their own.  Do they sometimes lie there staring into the darkness at three o’clock in the morning?  Or did they buy into the Church’s wicked teachings hook, line and sinker (as much for convenience as anything else) that the Wanton Woman was to blame for her tempting ways and as the descendent of Eve?  Were these children and the unmarried mothers just embarrassments to be locked away lest they ‘shamed’ a country that considered itself to be the land of saints and scholars?”

“Oh, I can see them clearly to this day.  Just bitteen wee women they were.  Never looking up.  And if ye tried to speak to them they would nearly jump out of their skins, so they would.  The fear was in them, ye see.  The fear was always in them.”

The fear was always in them.

I’ve ran into my neighbour in Oranmore, Mary Kelly, at the end of this long Sunday the 5th of March, having been to the flower-laying ceremony at Bohermore Cemetery in Galway, where the women of the Magdalene Laundries were being remembered.

“Just bitteen wee women.  And always with their heads down to the ground, never looking up, just keeping their eyes on the pavement as they walked”.

But in fact I’ve heard her perfectly; I’m just a little taken aback at coming across that phrase about them always looking down at the ground;  because it is the second time in several hours that I’ve heard it.

The first time was that afternoon, when Peter Mulryan – a survivor of the St.  Mary’s Mother and Baby Home in Tuam — spoke at the graveside of his mother Delia, a woman who in 1944 had her child torn from her arms by those who in any sane country should have been caring for and minding her.  But, no:  those who should have comforted, loved her and treated them both as something precious, had compassion for neither she nor for Peter, a small crying baby who would go 30 years without laying eyes on his mammy.

Because neither he nor his mother were considered worthy of human feeling, guilty as she was of having had the normal passions of a healthy young woman; and guilty as he was of being the child of that passion.   After all, she was only a fallen, loose woman, who deserved no better; and he was only a bastard.  He was only illegitimate.  The father?  Well, he was never mentioned, simply being the poor victim of Wanton Woman’s wiles.

A Bit of a Scandal

Over coffee in the Park House Hotel, Peter tells me:

“Later on I found out that my mother, who was from Adragool in County Galway, was put out of the house in the dead of night, so that no one would see her go.  A priest had knocked on the door and said:  ‘I hear that we have a bit of a scandal that’s causing a bad example.’  He said that my mother would have to leave.   And such was the way that people were cowed by the Church that her father – my grandfather — put her on the crossbar of his bicycle and pedaled her 32 km to the nuns at Loughrea County Home.”

Even after all these decades Peter seems to be struggling to make sense of…something that HAS no sense.

He’s an impressive 73-year-old, is Peter:  neat, compact and handsome, despite currently fighting both cancer and the State.  His eyes are astonishing:  bright and almost child-like, despite some of the awful things that he has been through.

“I was born in Galway’s Regional Hospital; and after that we went to Tuam, where we were for twelve months, while she slaved away for them.  We were never allowed to bond, though.  That particular cruelty seemed very important to them.  She looked after another baby and another mother looked after me.  Bonding was avoided.

There seems to be a world of hidden pain beneath these understated words and I’m reluctant to push him.  For Peter, however, after years of staying quiet and never even being fully truthful with his own children,  it seems important that he talk.

He was put to work and beaten on a regular basis.  ‘Just not nice’ doesn’t appear to cover it.  ‘Hard’ will scarcely do.  This is a man who came into a world that seemed hell-bent on crushing his spirit and very well might have, but for one thing.

And a simple glance at Kathleen, who Peter met when he was 27, tells you what has kept him going.  There is a quiet affection here that does the heart good to see after so many grim stories on this long, long Sunday.

“I finally found my mother when I was getting married and needed a birth cert.  Even then, the priest only gave it to me under duress.  She had been in the Magdalene Laundry all that time.

“Ahhh, she was institutionalised.  When I met her she just had a blank expression on her face.  But I kept going back, even though the nuns thought I was going too often.  And they insisted I refer to myself as her nephew.

“That was just another layer of the Laundries.  They didn’t want them in any way to be seen as women.  They wanted them to be completely sexless.  And taking away the only possessions that they ever had – their children – was just another way of disenfranchising them.

“Finally I was allowed to take her outside for short spells.  But I always had to say where I was going and when I would be back.  Imagine that.  Two adults, having to behave in that way.”

Catherine Corless is the remarkable woman who has spent her own money and time in bringing this awful story blinking, reluctant and screaming into the light, whilst being castigated and blocked every step of the way.  And it was through Catherine’s list that Peter only discovered a year ago that…he had a sister, Marian Bridget, who he has never met.  He is taking legal action against the Child & Family Agency, Tulsa (and what a bitter laugh I feel like giving when I type that!) in an effort to see her file and establish whether she is alive, possibly having been sold to America in the Human Trafficking sidebar to this dreadful saga.  And of COURSE, if there was an ounce of compassion (something that you’ll have noticed features not at all here), they would just give him the information he needs.  But no; you wouldn’t expect that, at this stage, I hope.  In one of my more dimwitted moments I ask him how she got pregnant ten years after Peter, when she hadn’t been allowed to leave the home.

And then I answer my own question, as the penny drops.  “Oh,” I say.

It’s been a privilege to meet Peter; and in a more normal world, his heartfelt words in Bohermore Cemetery would make his mother and sister proud.  But as I head back to Oranmore it’s something he said earlier that I’m thinking of.

“I had noticed that I was different very early.  Children were supposed to help serve at the Latin Mass; but I never was allowed.  I was told that I just wouldn’t be able to do it, as if I was too stupid to learn what the normal children could do.  I was just told I didn’t know how to.

“Years afterwards, from talking to other people who were in the same situation, I learned that they weren’t allowed to serve either.  We were bastards, you see.  We were illegitimate.”

Later again, as I think of Mary Kelly and her reminiscences of those ‘bitteen wee women’, I feel a cold and impotent anger. With the awful news coming out of Tuam and the confirmation that almost 800 bodies are there; with the certainty that we are going to have to look at many more institutions; and with the knowledge that this is only the tip of a very, very black iceberg, there are so many older people who seem to see this as the last chance to tell their story.  So many hopelessly damaged by their past; by the needless – by the needless – cruelty inflicted on them; and, what got me the most, so many who have walked all these long years with their heads facing the ground, thinking that it was them who had somehow been in the wrong.

Yet according to Peter, some seem ashamed of their past; that it would be better not to have brought all this up.  As if they will be judged.  Well, by the Christ that these priests and nuns shamed, these aren’t the people who should be judged.  God, the moral cowardice of the politicians who never raised one single question over a period of decades; of the gardai who never thought that maybe chasing after those who had escaped was just plain wrong; and the Church.  It always comes back to the Church.

What is this fear of women’s bodies that was bred into entire generations?  And what of the fathers who sired these children?  Nothing.  Just a silence.

They were, after all, only ‘bastards’.  They were only ‘illegitimate’.  You know, I almost prefer the crude bluntness of the former word.  But Illegitimate.  It’s as if they wanted to reduce you to nothing; to strip you of everything.  You weren’t ‘legitimate’.  You had no right to exist.

I never, ever want to hear that word again. 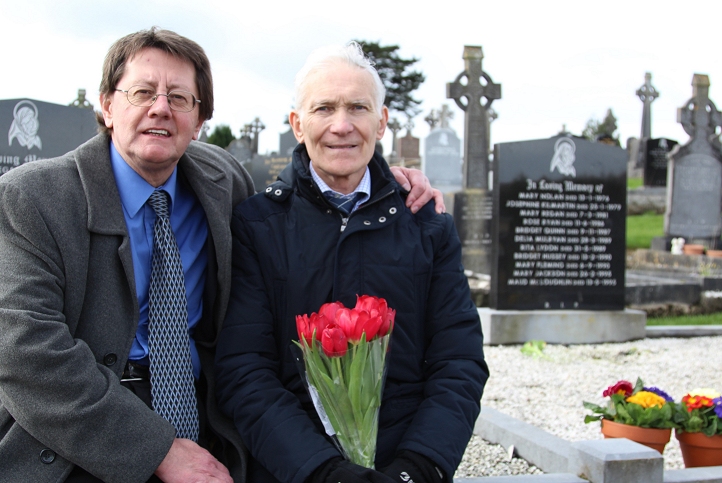 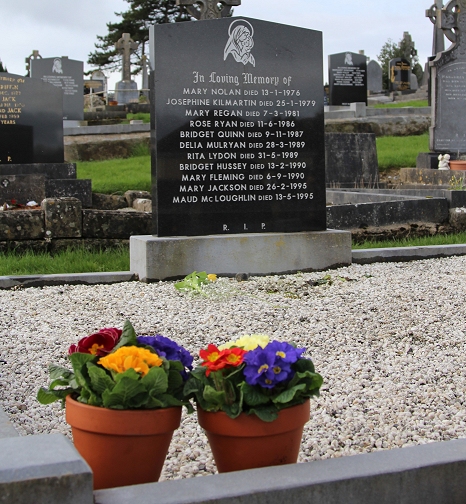