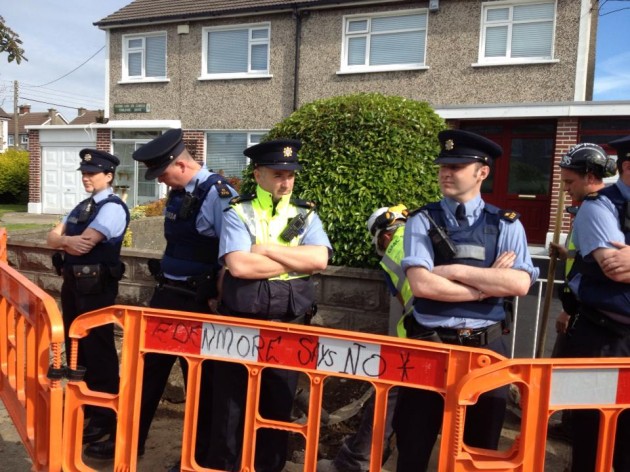 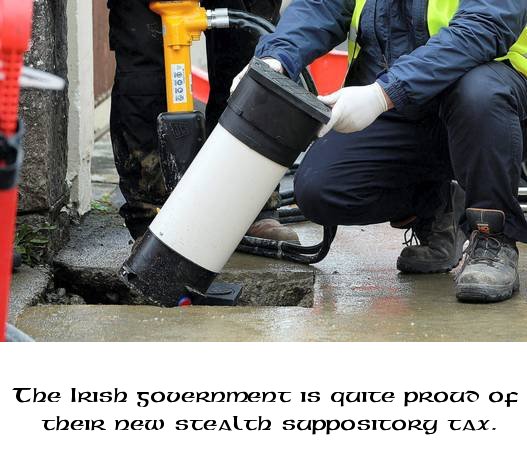 “Will you close that damned door? Were you born in a barn?”

That used to puzzle me when I was a nipper.  On so many levels.  I mean, sometimes this was my parents talking (although it could have been any adult) and even at five years old I was pretty sure that they knew that I hadn’t actually been born in a barn.  I knew even then that at least one of them had to have been there at the happy event.

It was just one of those things that puzzled a five-year-old.  And here I am, fifty years on, still puzzled by the strange workings of the grown-ups.

You see, it was a rather confusing week to be living in Ireland.  There was a certain feeling that perhaps we really had turned that mythical economic corner that the politicians are always banging on about.

Open the door at seven o’clock on any given morning and all you could see were those who are fortunate enough to be working (as opposed to emigrating) charging out the door like a TD on his way to claim his expenses.

Of course, once you had woken up properly you realised that this was the week in which the water charges kicked in—you know, the ‘everyone’s a winner’ concept by which we lucky people get to pay a tax on a tax.  Of course. They weren’t rushing because of a new-found love of the job; they were rushing to take a dump on the boss’s time!  Somewhere, some enterprising soul is mass-producing T-shirts that say:

SAVE ON WATER CHARGES!  HAVE YOUR MORNING FLUSH AT WORK!

Well, it‘s just what we need, isn’t it? Another reason to commit suicide.  Hell, I was having one of my bad days and woke up thinking that maybe it was time to run the hot bath, dust off that bottle of vodka from the bad old times and get out the razor blades; and then the awful truth hit me:  I couldn’t afford to run a whole bath!

Does that sound in bad taste?  Well, pity about you, because it’s what our elected representatives want you to do.  Especially if you are…oh, take your pick:

Unemployed?  One more off the dole queue. Result!  We can put a bit of spin on that one.

Old?  Well, that equals useless and since we don’t want another fiasco like we had a couple of years back when the Grey Brigade actually stood up to us and had us back down on certain policies, we could definitely do without them.

Sick?  Man, that’s all we need.  More people on Medical Cards just when we’ve got it sorted that we can remove them even from children who are terminally ill.

You know what really gets me when I see a politician coming out and saying that suicide affects every one of us and how worried they are?  It’s the sheer blatant hypocrisy of them.  They know that they are the ones who are deliberately driving people into the grave.  Show me a politician who really gives a damn and I’ll show you a bull with mammary glands on it.

We change as we get older and one thing that I’ve changed my mind on in the last couple of weeks is the idea that actually picketing and holding demonstrations outside the private homes of politicians (or come to that, anyone who sits on the Board of Irish Water) is wrong.  Well, not anymore it isn’t.

You graspers, you gougers, you despicable chancers:  you have poked your noses into our private lives now.  You demand our PPS numbers so that we can be added to another of your lists; you threaten to turn our water ‘down to a trickle’; and then you ask for us to give you bastards your right to privacy whilst taking ours from us?

You despicable, contemptible swine.  I don’t think so.  You get nothing else from me.

As to your lapdogs in our supposedly impartial national broadcasting service?  Hell, they would rather report on the demonstrations in Hong Kong than what is happening on their very doorsteps.  Well, sweet Mary’s ass, we don’t depend on RTE anymore. There is this invention that Dame Edna Kenny and his bought-and-paid-for goons don’t seem to have quite grasped yet.  It’s called the internet and it lets us see what is really happening in this country.  So have your flunky newsreaders leave out all the bad news if you like.

I came across an interesting interview with the writer and all-around curmudgeon Alan Moore recently.  It was from 2002 and he was talking about about the widespread coverage of Jan Palach, a young Czech patriot who had set himself on fire as the communists tanks rolled into Prague:

“You know, over here, during the Thatcher regime, we had an unemployed man from up North, who drove down to London, parked his car with himself inside it and set himself on fire as a protest against the economic policies that had destroyed his life, robbed him of his job, his dignity and everything else.

“This was shown on the early evening news on the day that it happened.  It wasn’t shown on the later evening news and it was never referred to on subsequent days.  I think about a week later they showed a shot of his widow standing at his graveside looking confused.  The thing is that I can’t see any huge difference between what that man had done and what Jan Palach had done in Prague.  They were both people who set themselves on fire protesting against the regime that was being imposed upon them.”

And today, if the equivalent was shown on RTE it would be put down to some sorry sad sack of a loser who wasn’t very right in the head anyway.  And meanwhile, in other news, viewers have been upset that a cat was shown being pretend-shot on ‘Love/Hate’.

Get a grip, folks.  If our lot tells you that Hell is black at midnight, check for yourselves.  And when you see battalions of cops being deployed to protect those poor folks who are only obeying orders by installing water meters in your area, ask yourselves why they are working as a protection company for a private outfit that is out to make our lives an even greater misery.

In my area over the last week alone three homes have been hit by burglars.  I could do with a few cops around here.  Or are they too busy working under instructions from Kenny and Company?

It’s a crazy world.  I’ve been a straight-up citizen my whole life.  It took you lot to make me a criminal.