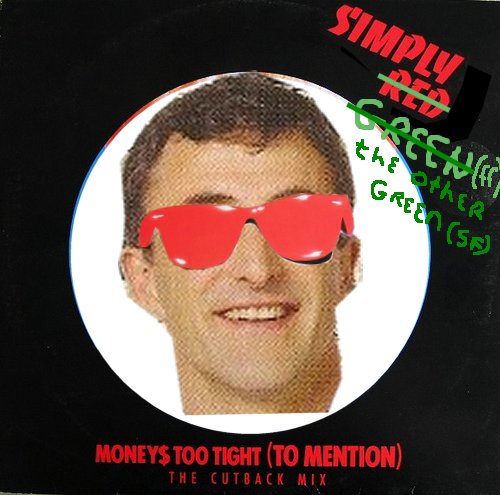 The 19th Century American essayist Charles Dudley Warner is the man who first came out with that famous and well-used statement:  “Politics makes strange bedfellows. “  And that was once again proved to be true early in September when TD, chancer and anonymous tweeter Chris Andrews threw over Fianna Fail (well, more like was thrown over) and is now a proud and upstanding member of Sinn Fein.

That whirring sound you can hear is very possibly his grandfather Todd Andrews revolving at high speed in his grave.  Grandpa Todd, you see, was one of the revered founding fathers of the Soldiers of Destiny; and indeed Chris’s father, brother and cousin have also served as TDs.  So it’s not your common-and-garden variety FF gouger we have here.  No, this is hardcore, in-it-for-the-long-haul (until caught out) FF gouger.

Chris wouldn’t agree that Grandpa Todd would have a problem, though:

“Joining a new party was not an easy decision for me as my family has been involved in Fianna Fail since its foundations.  But it has become clear to me that the party no longer represents the ideals or the values of its founders, including my grandfather.”

Joining a new party may not have been ‘an easy decision’ but I would imagine that it was helped along somewhat by being caught with a fake twitter account, which illustrated that the man behind it was quite contemptible and shameless in his underhanded disloyalty.  He used the false name @brianformerff and had some pretty scathing things to say about the party that he was a member of.  The account has been deleted since he was caught but as the excellent political blogger Paul Duggan puts it:

“…Chris has legacy issues, not so much his past membership of Fianna Fail, but his online tweeting activities.  The…account purported to be a disillusioned Fianna Fail activist.  The reality being, it was Chris Andrews tweeting anonymously.  The majority of his tweets consisted of him criticising the Fianna Fail leadership, constituency colleagues and getting into arguments with the genuine FF activists.  He was eventually outed in an elaborate sting.”

Let’s not be foolish here.  The reason that Andrews stopped tweeting was because he was caught; it’s that simple.  If I had been one of the colleagues who he was bad-mouthing under an assumed name I would have been looking for blood, I can assure you of that.  I’m old-school enough to believe that if you have something to say about a man then by all means hit the keyboard; but also be damned well prepared to say it to his face.  And not hide behind a pseudonym like Chris Andrews did.  How in hell could anyone ever cast their vote for a guy like that again?

And the strange thing is that he had quite a go at Sinn Fein in his tweets as well, in particular party leader Gerry Adams.  I’m not quite sure what advantage there is to the Shinners welcoming him into the fold; perhaps it’s just fun to irritate the FFers.  Well, of course it is.  You’d have to be a saint not to get a bit of enjoyment out of putting the boot into these ghastly creatures.  The problem with that is, I doubt that they’re bothered; and since Andrews seems to have mainly survived because of grassroots allegiance to his family (never underestimate that in Ireland) I don’t really see that following him.

Well, we’ll see. At the moment he is only assumed to be looking for a nomination to run in the local elections for Dublin South East in 2014. He said this week (second in September): “It will be up to the organisation whether my name goes forward.  And I would like to think that were it to happen, it would be by merit and hard work and that is what I have to do now.”

Yeah, he’s some beauty all right.  Still, wielder of the Sinn Fein party whip Aengus O Snodaigh is looking forward to seeing him, reminding us that they worked together in the past.  They were old shipmates and pals on the 2008 and 2011 flotillas to Gaza. Great, that’s just what we need:  another helping of our squeaky clean politicians firing more abuse at Israel.

Let’s hope that the powers-that-be, should these two team up, keep Chris away from the computer and Aengus’s slippery paws away from the ink cartridges and everything SHOULD be OK. Should be; but I sense disaster ahead.

Just to wind up with another quote from Charles Dudley Warner, who got me going this morning:

“There was never a nation great until it came to the knowledge that it had nowhere in the world to go for help.”

Another thing that I liked this week was when I saw that the dreaded Bob Geldof was to be fired into outer space.  Then I realised that he was going voluntarily; and even worse, he was coming back again.  ‘Sir’ Bob—who is being granted the freedom of the City of London—says that he’ll be wearing the tricolour when he does us all proud.  “I’m not nationalistic but I’m proud to be Irish, and I’m proud to be the first one leaving the planet.”

I don’t really know what to say to that except maybe, “Is there any chance of taking Bono with you?”  Can you picture it?  A planet without Bono and Geldof, even just for a couple of hours…

Staying with musicians I was going to finish on Sinead O’Connor and her latest (facial) tattoos.  But I’m not going to. Writing about that once-great talent gets me down.  Well, the talent is still there; it’s just not what people think of anymore.  In any case, when I quote Sinead I just wear out the key with the asterisk sign.  I just sincerely hope that this very damaged woman will someday get the help that she so obviously needs.

Instead, just to be positive for once in my miserable life:  isn’t the talented young actress Saoirse Ronan a pure credit to herself and the country? I was looking at photos of the nineteen-year-old at the Toronto International Film Festival where she was promoting her new film, “How I Live Now”.   No fear of seeing this kid falling out of nightclubs at five in the morning.  She just seems to have the proverbial ‘head on her shoulders’, which is really good to say for a change; a very classy young lady.

I saw her in Neil Jordan’s “Byzantium” last month and loved it.  I would be cautious of recommending it since a lot of people are vampired out at this stage; but if you want to wallow in Jordan’s trademark luscious and stunning imagery then check it out.  (I’ll hereby draw a discreet veil over Saorse’s other recent release, “The Host”.  Oh dear, there’s two hours I’ll never get back again.)

You can email me at chasbrady7@eircom.net or follow my blog on www.charleybrady.com  Never having joined a political party, I’ll be the one using my own name.